Cost and Damages in Interim Measures 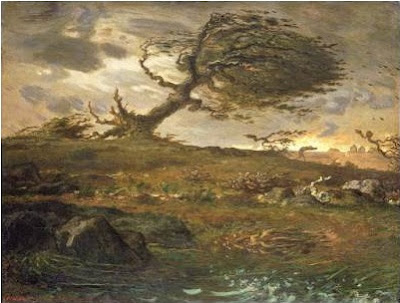 Costs and Damages in Interim Measures

At the end of January this year, I realized that the rhythm and form of the blog was not satisfactory.  Thus, I paused to ponder and rectify. The urgency of publishing two entries every week prevented me to make satisfactory research.  Moreover, I was not accomplishing my purpose of writing short and clear entries.  Writing clear, short and to the point demands a lot of time; good writing, as good cooking, is done with low, slow, fire.  Finally, with the purpose of keeping short the entries, frequently skipped needed explanations; is good to be short, but not so short.

I made a try in September, but I did not like it.

After long considerations, and a good vacation, I decided to do two things: (i) to publish a second edition of all the previous entries since the beginning, and (ii) to continue with the issues I was dealing with in accordance with my original plan (if there is one).

In both cases, the frequency in time will be lesser and the extension of the entries larger.  Thus, in the future I will alternate revised old entries with new ones.  I've already published the second edition of the two first posts of this blog.

Every day there are more frequent petitions of interim relief in arbitration.  Usually interim measures may have connection with the final solution of the disputes submitted to the arbitration and generate additional costs.  Also, their enforcement or non-enforcement may cause damages.

In considering this issue, as always in arbitration, the agreement of the parties is the first legal source to look up.  In many occasions, mainly in their agreements to arbitrate, the parties agree specific provisions on costs, penalty clauses and allocation and liquidation of damages.  Obviously, these stipulations prevail over the following considerations I make in this entry.

When the UMLA was amended in 2006, UNCITRAL made its first definition of interim measures; putting aside some academic definitions, I do not know of any prior legal text that defines this notion.  Later, when UNCITRAL amended the UAR, adopted the same text.  As this blog is mainly on the UMLA and being UNCITRAL the most authorized governmental organisation to propose uniform trade law, I take as basis for a definition the following one (UMLA 2006 a. 17 and UAR 2010 a. 26(2)):

"An interim measure is any temporary measure, whether in the form of an award or in another form, by which, at any time prior to the issuance of the award by which the dispute is finally decided, the tribunal orders a party to:

(a)  Maintain or restore the status quo pending determination of the dispute;

(b)  Take action that would prevent, or refrain from taking action that is likely to cause, current or imminent harm or prejudice to the arbitral process itself;

(c)  Provide a means of preserving assets out of which a subsequent award may be satisfied; or

(d)  Preserve evidence that may be relevant and material to the resolution of the dispute."

Any petition of interim relief starts a proceeding within the arbitral proceeding.  Consequently, it shall be observed the Carta Magnae of arbitration that parties shall receive equal treatment and be given the opportunity to present their cases.  Counsel would need to research, file submissions, evidence and eventually attend to hearings.  The parties may be required to post guarantees or counter guarantees.  Arbitrators shall consider the parties cases and issue one or more decision.  All this means costs.

The enforcement of an interim measure also may cause damages.  For example, when one party is ordered to preserve certain goods, it shall incur in storage and preservation expenses, or the damages inherent to the total or partial suspension of construction works, abstain to sell some goods, collect a letter of credit, etc.

Connection With the Final Decision

The relationship between the issuance or dismissal of an interim measure and the award varies.  Thus, it may be that, during the course of the arbitration and the notification of the award*:

(i)  Appears that the measure should not be granted;

(ii)  The arbitral tribunal reaches the opinion that it was prudent to ask and to grant the relief, although later it became unnecessary;

(iii)  The granting of the measure was justified because the award favoured the petitioner;

(iv)  Notwithstanding that the award was favourable to the petitioner, the interim measure should have not be granted; or

(v)  Notwithstanding that the award was against the petitioner, on the circumstances the granting of the relief was justified.

The sources (statutes, rules, case law and commentary) that deal with costs and damages on interim measures are scarce. Furthermore, it does not help the confusion, frequent in commentators, arbitrators and practising lawyers, between the costs that generate an interim measure and the damages it may cause because its enforcement or non-enforcement.

It was not until UNCITRAL consider specifically the issues of interim relief that it was agreed a uniform rule in this matters.  UMLA a. 17G establishes that:

That solution apparently was borne lame.  Indeed, it determines how and when costs and damages may be imposed to the petitioner.  But is silent on the opposite hypothesis: the allocation of damages and costs to the party opposing the measure, when the tribunal later determine that, in the circumstances, the relief should have been granted.

The clearest hypothesis is that the party opposed to the measure and performed the conduct that was intended to prevent the measure, losses the case.  In this case, and except when the parties agreed otherwise, the arbitrator should condemn such a party to pay all the costs, those of the arbitration proceedings and the measure.  Also, if claimed, the damages.

The opposite would be when, notwithstanding the party who successfully opposed the interim relief, win the case, it was demonstrated that the interim measure should have been granted.  Difficult but not impossible.
The issue is quite complex and it is practically impossible to establish a general rule.  When rules of law are negotiated, or commentary is published, the starting point is that one party wins and the other losses. That is not what happens in actual practice, in which the parties obtain partial results.  One way or the other, there would be so many variations that there is no other way than to put the solution in the hands of the arbitrator who shall ponder carefully the circumstances of the case.  In performing such a task, the principles of a. 17G would help the arbitrators as guidelines.

It is important to note that UMLA a. 17G applies only on the jurisdictions that have adopted it.  Also when the parties have agreed on its application, either expressly of because it forms part of the set of rules agreed.  In all other cases, and in the light of the circumstances it only may offer guidelines to the arbitrator.

Opportunity to Claim Costs and Damages

As the arbitral tribunal cannot give more than what was claimed, if a party considers that is entitled to it, it should make the appropriate claim before the award that puts an end to the arbitration.  In the case of UMLA  a. 17G, it should do it in the moment in which that party considers that it can demonstrate that in the circumstances of the case, the relief should have not be granted.

In terms of a. 17G, it is needed to ask the tribunal to make the correspondent determination.  A mere petition of costs and damages is not enough because the petitioner has the burden of proof that encompasses the allegation of the circumstances that give basis to its claim.

*  I Intentionally abstain from using the term ‘final' award, which use may raise problems.  I am of the opinion that all awards are final, in the sense that each one solves in definitive the issue considered in the award.  Thus, an arbitration may be on issues "A", "B" and "C", that may be decided in one or more awards; if in one award "A" is decided, the award is final as regards "A" and it not so regarding "B" and "C".

Also, when an award decides on a petition of interim relief is final.  This is true even considering that the interim measure granted in that award may be later revoked, suspended or terminated.  But that ulterior resolution does not revoke the award that granted it, but only modify or terminate its effects.

This is very important when dealing with the recognition and enforcement of awards under the NYC and national laws that adopted the UMLA or similar provisions.