It Is More than the Uncitral Model Law on Arbitration and a Lot About Memories October 30,2013. Edited October 22,2015 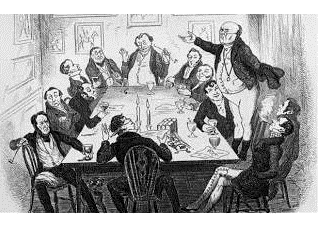 For many reasons I named this memories, "My Life with the UMLA".  One of them was that in July, 2013 occurred the twentieth anniversary of the entrance in force of the amendment to the Mexican Code of Commerce that incorporated the UNCITRAL Model Law on International Commercial Arbitration ("UMLA").

For me, there are more than twenty years that, in conjunction with other apostles of the uniform law of trade, have been struggling for the incorporation to Mexican law of the UMLA text, its interpretation and application, without deviations from the international agreement that created it.

But they are more than twenty years contributing to the creation and dissemination of the culture of uniform law in particular.  Which encompasses the collaboration in its creation, commentary, interpretation and application.  With important emphasis in the international jurisprudence, because, what is the use of an uniform text that is applied as each jurisdiction interprets it in its domestic way?

But not only the UMLA

Indeed, this blog cannot be limited to the UMLA.  The subject is much more complex.  I have been very fortunate.  I was lucky when on January 7, 1985, I climbed a wave that already was strongly arriving: that of the uniform law.  Then, many considered us as dreamers, theoreticians of an academic movement, how we dare to waste our time considering such a chimera as was uniform law?  With the globalization everything changed and the dreamers became horse sense people that offered to the world practical solutions.

In writing these memories and comments, I do not want to defraud its purpose by hypocritically incur in false modesty and skip amusing anecdotes and illustrative, or important, ideas.  In doing this, I follow the example of Benjamin Franklin, who in his autobiography* warns that he will talk about himself and his past actions but trying not to bore his audience.  Franklin also apologized for his vanity in not indulging in the common custom of stating “Without vanity, I may say,” followed immediately by some vain comment.  Vanity, after all, is often productive and it is not absurd to thank God for it.  To which I would add that there is good vanity and bad vanity.  Good vanity is bound up in integrity and truth; bad vanity is another name for bluff and hypocrisy.

Brief Summary of my Experience

To start, below I refer some of my activities that justify my credentials to comment in the themes of this blog.

My professional life have elapsed in litigating before the Mexican courts and domestic and international arbitral tribunals.  I have been counsel, arbitrator, expert witness and advisor.  Also, as professor and academic researcher, I have written numerous papers and legal opinions and what not.  I have not published a book because I have reservations about doing so.

I have collaborated with the Mexican Government in the task of law making.  Among others I drafted the amendments to the old bankruptcy law (Ley de Quiebras y Suspensión de Pagos) at the end of the 1980-1990 decade, as well as the first draft of the Law of Mercantile Insolvency (Ley de Concursos Mercantiles "LCM").  In this subject matter, as Mexican representative in UNCITRAL, I participated in the making of the UNCITRAL Model Law on Cross-Border Insolvency, which was incorporated in the LCM.

Regarding arbitration, I wrote the draft that was the base of the 1993 amendment of the Mexican Code of Commerce, which incorporated the UMLA.  Later, I drafted the project of amends to the Code of Commerce of 2011, that created a new chapter dealing with state courts intervention on commercial settlement agreements and arbitration (Chapter X, Title Fourth, Book Five of the Code of Commerce).

I was chariman of the working group that prepared the 2006 ammends to the UMLA, and the Recomendation regarding
the interpretation of article II, paragraph 2, and article VII, paragraph 1, of the Convention on the Recognition and Enforcement of Foreign Arbitral Awards, done in New York, 10 June 1958.

I also represented Mexico in the making of the UNCITRAL Notes on Organizing Arbitral Proceedings (1996) and in the recent amendments to it.

On the subject matter of conciliation or mediation, I chaired the travaux preparatoires of the working group and the adoption in the Committee of the Hall of the UNCITRAL of the UNCITRAL Model Law on International Commercial Conciliation.

I was President of the diplomatic conference that adopted the United Nations Convention on the Liability of Operators of Transport Terminals in International Trade.

Another model law that I chaired, was the negotiation on the working group and the adoption in the Committee of the Hall of the Plenary of the UNCITRAL Model Law on International Credit Transfers (electronic transfer of funds).

I was President of UNCITRAL in 1992.  In the Plenary session, the model law on credit transfers was adopted, and the UNCITRAL Legal Guide on International Countertrade Transactions, was aprobed. During the same period and in celebration of the UNCITRAL twenty fifth anniversary, I was the President of the Congress held in the hall of the General Assembly, "Towards a Uniform Trade Law for the 21st Century".
I chaired the travaux preparatoires of the working group of the UNCITRAL Model Law on Electronic Commerce.

I represented Mexico in the travaux preparatoires of the UNCITRAL Model Law on Electronic Signatures and chaired its adoption in the Committee of the Hall of the plenary.

I was commissioner in the United Nations Security Council Compensation Commission ("UNCC").  The UNCC adjudicated the claims filed by the affected parties against Iraq, for direct losses, damages or injury to foreign governments, nationals and corporations, as a result of the unlawful invasion and occupation of Kuwait and the subsequent Gulf War of 1999.

In the E2 panel of the UNCC, which task was to decide the claims of corporations and other legal entities, together with Bernard Audit and David Caron, in accordance to our mandate to establish jurisprudence for the claims E, in the light of resolution 687 of the Security Council and international law, we established such jurisprudence, among others, on the concepts of "debts arising out of [the invasion and occupation and the Gulf War]", "directness", "credible treats" and "valuation of damages".

Notwithstanding, and it may sound as a joke, my priority was and is always my family.  Always in preference to my professional life.  My family life has also been peculiar.  I was rather young when I became a widower, I lost Susana but I kept five children.  Later I married Laura, with three children.  Both, Susana and Laura, beautiful and lovely, have been the source of my happiness; without them I will not be who I am, but a defective product.  Laura in the longer journey.  Children, as I read somewhere, are the bones in which parents munch, sharpen and polish their teeth; they have given me great experiences and lessons.  Also, they have made me very happy.

A bunch of anecdotes

All the previous references, and many other activities, in a life of travels, meetings, experiences and endless anecdotes.  Many of what happened during these endeavors, was registered only in the memory of those who lived it, but it was not recorded in reports of the preparatory works, allegations in courts and debates of meetings of other organisms.

Some merciful souls with good intentions, have asked, or suggested, me to write a book.  What has called my attention is that, instead of an academic treatise or manual on law, prevail those who suggest me to write on my legal adventures.

Much of my resistance to write a book was born in a comment of Jose Ortega y Gassest, begging that in this epoch in which publishing is so easy, one should have the charity of not adding useless books.  He made that comment more that a hundred years ago, what he should have said nowadays?

But also I suspect that the cause of my resistance could also be my natural lack of order.

A blog with anecdotes, information and considerations, appears to be a good option.  Let's see.

*  If you want an extraordinary book to read, one that’s edifying for both the young and the toothless young, don’t forget to read Benjamin Franklin’s autobiography.  He wrote it for his son’s enlightenment and it has enlightened humanity.