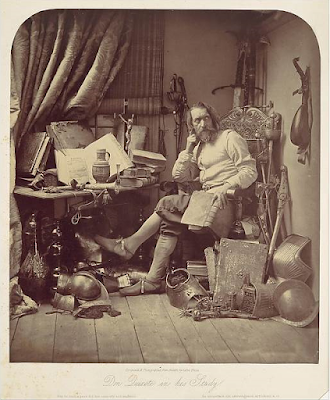 Uniform interpretation is so important that I will delve in the theme more than I intended to do.  I will refer to interpretation practices whose use has incremented in international law.  Furthermore, the natural law tendency towards uniformity has permeated those practices into domestic systems.

For business people, contracts are their uniform law; what it matters is that they be performed as agreed, without being frustrated by internal domestic legal obstacles.  So, uniform interpretation should not remain solely in the realm of legal texts.

Disparity generates legal obstacles; the more damaging is that it compromises legal certainty.  But, also, it feeds other demons.  For example, stimulates forum shopping, by means of which the interested party search for the jurisdiction whose interpretation of the relevant legal texts fits better its interest in the case.

Players in international commerce may perform different roles: (i) negotiating treaties, model laws, rules of law, legal guides and guidelines; (ii) as national lawmakers implementing those instruments; (iii) as commercial parties, negotiating covenants and contracts, their amendment, rescission or termination; (iv) as negotiators or mediators, cooperating in the implementation of alternative methods of dispute resolution; and (v) as judges or arbitrators, deciding the disputes that are submitted to them.

All those participants come from different cultural, legal and economic traditions and environments, speak different languages and should understand between themselves through a common language; generally, English.

To reach such aim, participants rely on strategies such as use of a language simple and descriptive, avoiding terms with legal meaning within the different legal systems and other drafting techniques, that may appear sophisticated or strange to those who are not familiarized with uniform law.

In Verdi's opera, the Duke of Mantua excuses (or celebrates) himself, singing with frivolity that women are voluble.  I disagree, but I do not have doubts that legal interpretation is voluble.  Indeed, from a practical point of view, the written text is not the effectively aplicable law, but the way that contracting parties use them and judges apply them.

By the end of the 1980-decade, Salvador Rocha was the legal counsel of the Secretaría de Gobernación (Ministry of the Interior).  He had an intelligent idea to amend the bankruptcy law then in force.  It consisted in providing that only chambers of commerce or industry could be sindicos (bankruptcy administrators), and banking institutions (by then nationalized) in bank insolvency cases.  This way it would be avoided that undesirable persons could be appointed as sindicos.  He asked my help to draft the legal proposal to the Congress.  Then, I took advantage of the opportunity and proposed him another amendment regarding the way of giving notice to creditors of the bankruptcy judgement.  He agreed, I wrote the proposal, which was approved and I had the satisfaction of seeing my draft incorporated in the law.

Some time later I filed a reorganization proceeding and the judge ordered to notify the creditors following the old repealed provision.  When I addressed the judge, he stopped me and overwhelmed me with a tirade about litigators complaining before bothering themselves reading the law.  I partially agreed with the judge, but told him that not in that case, because I was the pen that wrote the applicable provision.  He was surprised and, after an interchange with me, decided I was right.  Since then we have had a very nice relationship.  Once, in a seminar, I heard him commenting the incident.

By the way, the Rocha amendment failed.  Chambers of commerce and banks, skip their responsibility by naming the old sindicos as delegates. So, things remained unchanged.

In 1928 was published the Ley de Títulos y Operaciones de Crédito (Law on negotiable instruments and credit operations, LNICO) that enter into force in 1932.  On those times, bills of exchange or drafts (letras de cambio) were regularly issued and circulated.  After centuries of use and evolution, bills of exchange were known under different names, in Spanish they were called libranzas, primera [segunda] de cambio, cambial and others I do not remember.

The LNICO introduced the novelty that the express mention of being a letra de cambio, inserted in the text of the document was an essential requisite for the instrument to be a bill of exchange (a. 76).  Notwithstanding the legal text, the case law immediately following the entrance into force of the new law, validated the use of equivalent expressions; for example, "por esta única de cambio" (for this unique of exchange").  But at the beginning of the 1950-decade, the jurisprudence was modified and, since then, the literal magic words are deemed essential; absent the inserted mention of being a letra de cambio, it is not what it purports to be.

My mentor, Mantilla Molina, explained me the reasons: when the LNICO entered into force, it was scarcely known and its disposition, although good, departed from practices that followed the repealed law; to deny legal value to such an amount of drafts, by applying literally the new law, would be a real injustice.  The case law changed when the LNICO was widely known and applied: the mention of being a letra de cambio was regularly observed and legal certainty required compliance with the legal text as written.

Example.  The Uniform Law of Geneva

In 1930, in Geneva, were agreed treaties on the uniform legal regime of bills of exchange and promissory notes.  Bells rang across de world celebrating the Uniform Law of Genève.  A few years later, Giuseppe Ferrara, a talented Italian, wrote about the disparate law of Geneva (La legge diforme di Geneva); also, a German scholar, E. von Caemmerer, wrote a famous work in two thick volumes, commenting the case law of the different countries holding opposing interpretations.  The Geneva law was uniform only in its text.

Leading Role of the Law

All those previous statements are not a proclamation of legal licentiousness, nor the absolute power of courts.  Federal Civil Code (a. 10) states that against the application of the law cannot be invoked lack of use, custom or contrary practices.  Written law is a mandatory framework that provides direction to judges, and limits them.  Judges are obligated to apply the law and, in doing so, to abide by the general principles of law on interpretation and enforcement.

Uniform Interpretation of the Law:  Convention on Treaties

With the purpose, among others, of unifying the interpretation of international treaties, it was agreed the Vienna Convention on the Law of Treaties (Vienna, 26 May 1969), which entered into force on 27 January 1980, and to which Mexico is a party (Diario Oficial 28 April 1988).

On 14 June 1974, in New York, it was convened the Convention on the Limitation Period in the International Sale of Goods.  Years later, on 11 April 1980, a Protocol to the 1974 Limitation Convention was concluded in Vienna, with the purpose of aligning the Prescription Convention with the CISG.

At the date of this entry, the Limitation Convention has 22 States parties on the amended version, and 29 on the original Convention.  In Mexico is in force since 1 August 1988.  (Diario Oficial, 6 May 1988).

Article 7 of the Limitation Convention states:

"In the interpretation and application of the provisions of this Convention, regard shall be had to its international character and to the need to promote uniformity".

When considering this provision, it was argued that it was redundant, because uniform application was the purpose of any law.  Also that, absent an integrated courts system, uniform interpretation was impossible to obtain.  We have advanced a lot since then.

The United Nations Convention on Contracts for the International Sale of Goods (CISG) was adopted on 11 April 1980 and entered into force 1 January 1989.

"(1) In the interpretation of this Convention, regard is to be had to its international character and to the need to promote uniformity in its application and the observance of good faith in international trade."

The Mexican government considered the model article on uniform interpretation of the utmost importance.  It was surprised that the provision was only included in treaties but not in model laws.

When the Model Law on International Credit Transfers was made, Mexico proposed to include a similar text on interpretation (UNCITRAL Yearbook 1991, vol. XXII, page 120).  The Mexican proposal was rejected.

Years later (1997), and not without some debate, Mexico succeed when it proposed the provision to be included in the UNCITRAL Model Law on Cross-Border Insolvency.

"In the interpretation of this Law, regard is to be had to its international origin and to the need to promote uniformity in its application and the observance of good faith".

The Article Becomes a Must

Since CISG and the Model Law on insolvency, in model laws, the interpretation provision became undisputed in both international conventions and in model laws, respectively.

It is worth noting that the UNCITRAL Model Law on International Commercial Conciliation, which attached the utmost relevance to the freedom of will, provided that parties may not exclude or vary the article on uniform interpretation (aa. 1 and 3).  It is amazing to see how, after being rejected in a model law in 1992, it became mandatory in 2006.

Also, it is relevant to mention that, when in 2006 the UMLA was amended, article 2A on interpretation was incorporated.  In 1985, when the original UMLA was made, the provision did not appear in model laws.

Mexico still has not incorporated in its Code of Commerce the 2006 UMLA amendments, but there is out of the question that the principles of uniform interpretation apply to the Mexican law of arbitration in the Code of Commerce.  This blog is devoted to demonstrate this true.

UNIDROIT.  Interpretation of Rules of Law

"(1) In the interpretation of these Principles, regard is to be had to their international character and to their purposes including the need to promote uniformity in their application".

"(2) Issues within the scope of these Principles but not expressly settled in them are as far as possible to be settled in accordance with the underlying general principles".

A consequence of the globalization is that activities that formerly only produced local or national effects, now may have trans-border consequences.  Unfortunately, it is not always feasible to reach uniform laws on all cases; an example being the regulation of insolvency.

If not uniformity, legal harmonization is desirable.  Thus, in those cases, legislative guides are negotiated.  These are documents whose purpose is to offer national lawmakers, information on the problems and principles that is convenient to consider when drafting those laws in harmony with the practices and expectations of the international community.

For example, UNCITRAL has made three legislative guides on insolvency (2004, 2010, 2013); also, among others, on Secured Transactions, the Implementation of a Security Rights Registry, on Privately Financed Infrastructure Project.

By the way, the information contained in those guides is valuable to any practitioner.

How a Model Law is Cooked. The Importance of Interpretation.

How to Digest a Model Law. The Clout and Digest
lhttp://bit.ly/1c11MKl

Table Talks. How to Demonstrate the Law. Jurisprudence
http://bit.ly/Oq4yy3